It's Only Forever, Not Long At All

I'm so excited to share one of my absolute favourite films with you. I don't know when it was that I first saw Labyrinth but I was definitely very young. I couldn't even guess how many times I've watched it, but I know every word of dialogue and the lyrics of every song.

I'm sure a lot of you have seen it and possibly love it as much as me. It's definitely one of those films that if you  saw it as a kid, you either loved it or were terrified by it. Some of my friends in school and college told me how scared they were by it and looking at it through the eyes of an adult now I can see why, although I never felt that way. I wasn't scared by many films growing up, I'm probably more scared of things now than I was then. The entire concept of the film is pretty terrifying, a young girl (Jennifer Connelly) has baby brother kidnapped by the King of a city of Goblins (David Bowie) and has to battle through a weird and creepy labyrinth to get her brother back.

If you've watched the film then you'll know that there's this strange fear/fantasy dichotomy between Sarah and the Goblin King. The ballroom scene in particular is something I could never figure out because it's Sarah's dream/fantasy after falling asleep from the effects of the "poisoned " peach, but the Goblin King is the one who gives it to Hoggle to give to her so you have to wonder what influence he has had on her dreams. You don't notice these things when you're an oblivious and innocent child but it's very interesting to watch the film today and dissect it. I am almost certain that if Labyrinth was pitched as a film idea today it would not get made (which I think is the case with a lot of films I watched as a child) and I suppose it's a rather sad thought.

I adore everything about this film. Jim Henson's creatures are magnificent, the amount of detail that went into the sets and all of the different Goblins is to me so much more impressive than anything that can be computer animated today because the resources were much more limited in the eighties. The performances by Jennifer Connelly who was so young and David Bowie who's casting was ingenious (who would have thought!) are so perfect. Not forgetting Bowie's part in the soundtrack which I still love to listen to now.

I would love to know what films you loved to watch as a child and what films scared you. Have you seen Labyrinth? What do you think?

We've Got Eyes On The Back Of Our Heads

We took these photos in Skerries a few weeks ago when it was still freezing. It's now warmed up a bit which has been a very welcome change. 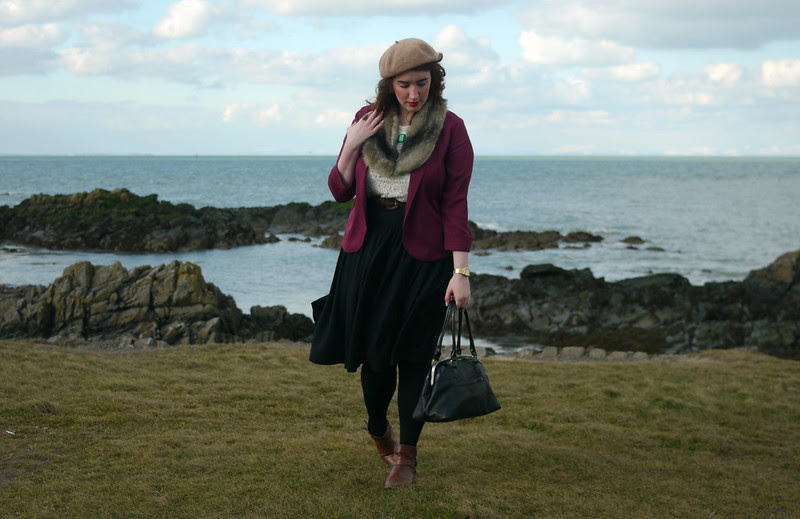 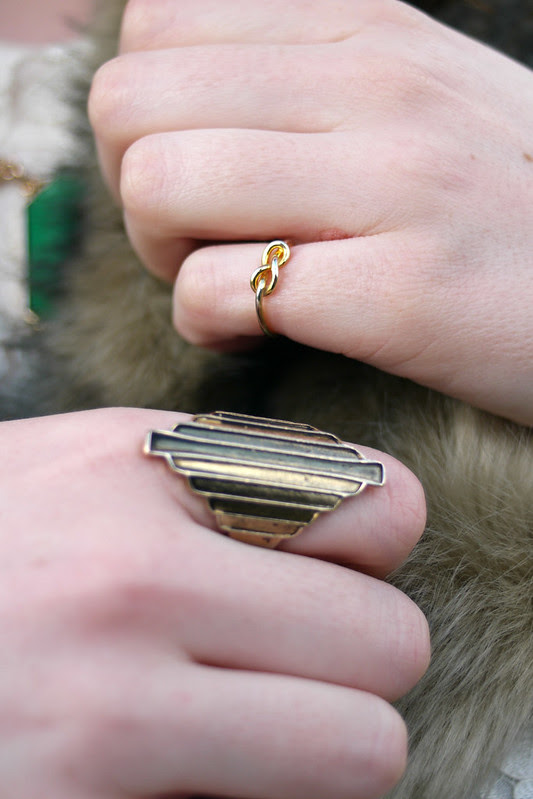 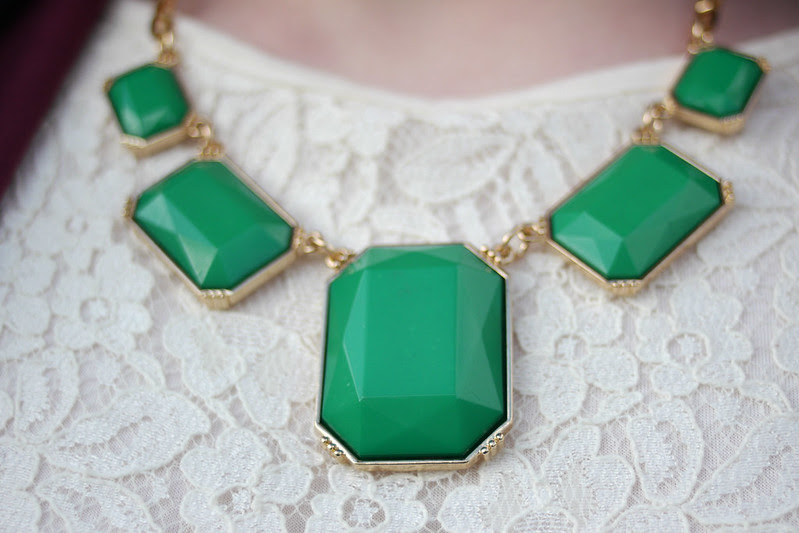 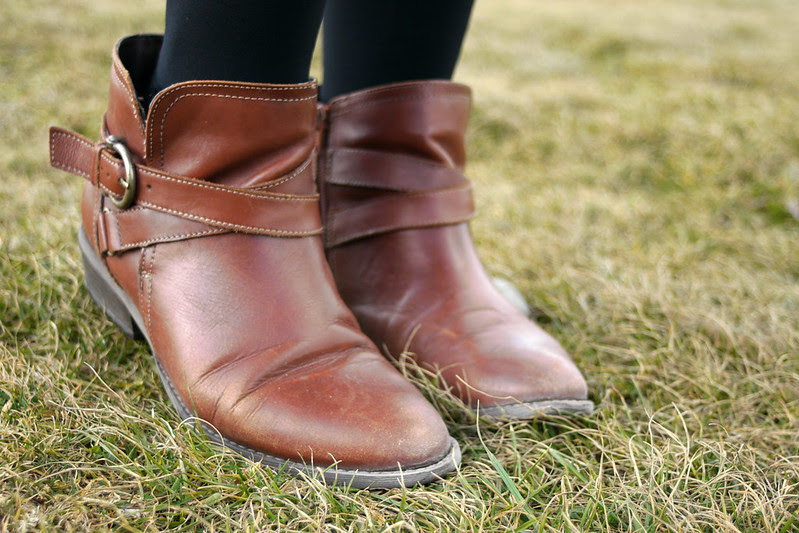 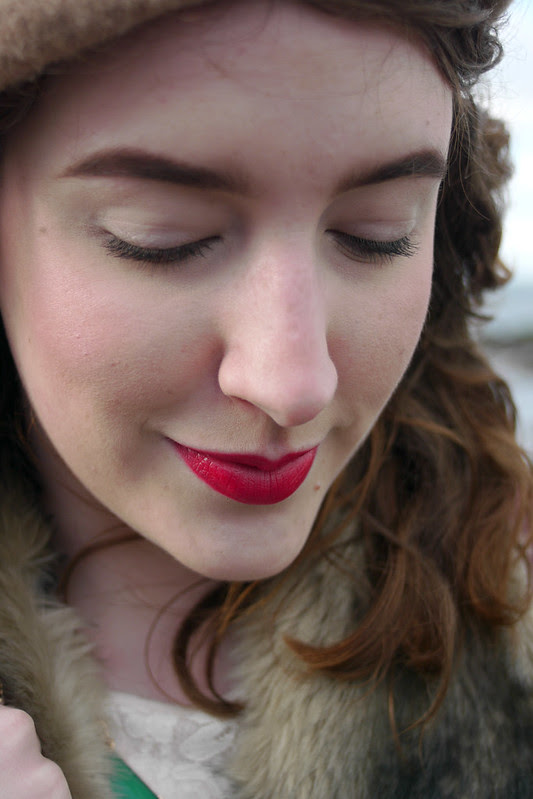 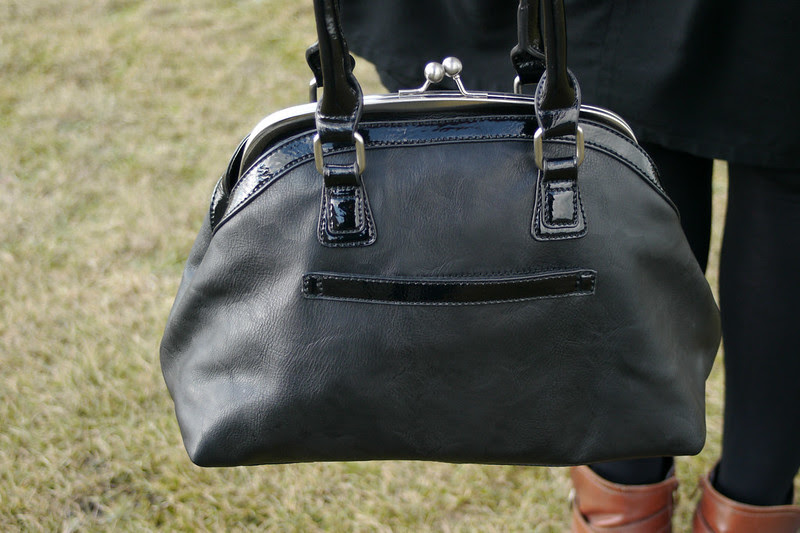 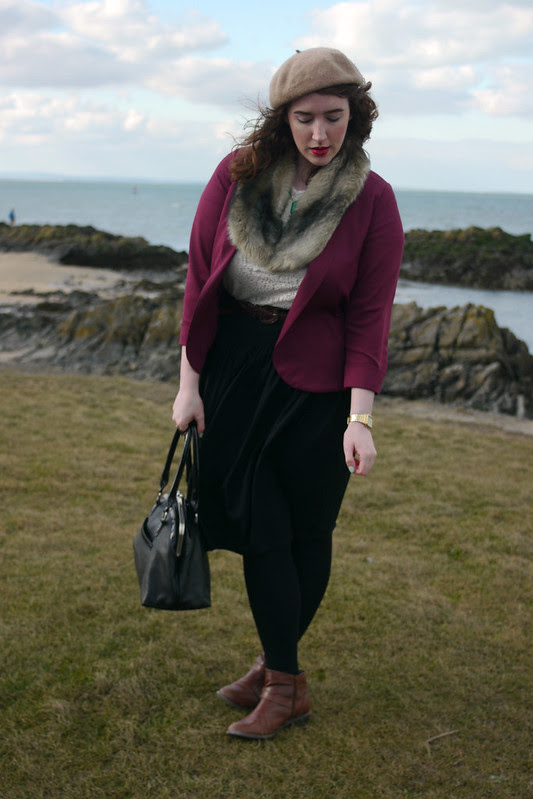 I can't believe I haven't shown these boots in an outfit post until now. I got them back at the end of the Summer and I think I've worn them 90% of the time since then because they are so comfortable for my bad foot, especially when I'm on my feet all day in work. I really wish that I had bought a second pair for when these eventually become too ragged to wear.

I love emerald green jewellery, despite not wearing much green clothes at all. Every time I wear a piece of my green jewellery I think of that scene from Return to Oz where they have to guess which Emerald coloured items their friends have been turned into.

I just wanted to say thank you for all the support since my last outfit post. I mentioned that 2013 hadn't been a good year for me so far but I feel like things have picked up a lot since I wrote that post. I've been blogging like crazy, taking photos, writing, drafting posts and reading lots of blogs. I've finally been getting recognition in my job for all the hard work I've been doing and have been given more responsibility like going to other branches to do Visual Merchandising. Things are still up in the air for the Irish part of the company and I may be out of a job yet, but I feel like I've learned so much and have invaluable experience that if need be I can take to another role somewhere else in the future (although I'm hoping it doesn't come to that).

I have some trips away coming up (in Ireland but still it's nice to get away anywhere), one of which is to celebrate my anniversary with Donnacha (7 years!) so I'm really looking forward to those.

They say every cloud has a silver lining and I don't know that that's always true but I know that through the hard times I've learned to appreciate every day, make the most of every opportunity and spend my time wisely, doing what I love and with people I love.

I hope you are all having a great week so far!

*Title is from Live in Dreams by Wild Nothing.
Posted by Emma at 7:56 PM 13 comments: