Hey all!
I thought I'd share some photos of things that surround my desk, and my new lippie!

My cork board full of thank you notes, postcards and concert tickets

My dad got me this calender ornament in Germany

These butterfly decorations were from the window display in work

A map of Firenze, one of my favourite cities

The background on my desktop, I assume you can guess what it's from

My new lipstick 'Kiss Me Coral' by Revlon. I've been meaning to get this shade for a while and I love it, it's so summery!

Burt's Bees Body Lotion I got for Christmas, it's so glittery! 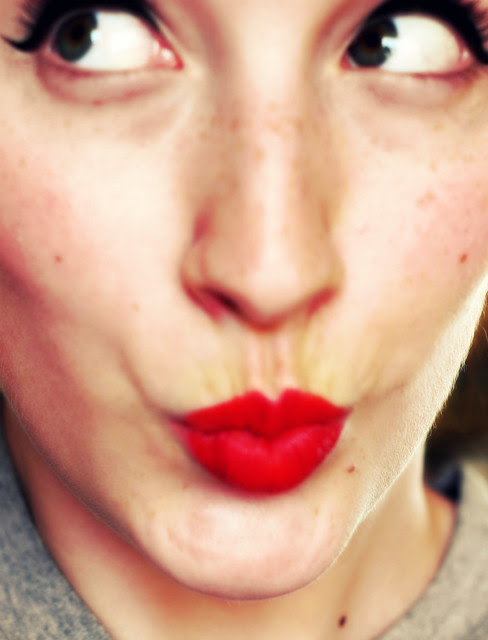 Kiss Me Coral!
On a more sombre note, we had an incident in our family yesterday and it really shook us all up. I can't really go into details because I don't think it would be fair for my family and it's not really my place to say anything but I just want to take this opportunity to ask for your thoughts and prayers (if that's your thing) especially for my mother who has been badly affected by this incident and needs some love sent her way. I'm sorry to be so cryptic, but I'm sure you understand that there are just some things you can't go into detail about on such a public forum.
I hope you're all having a better week than me! My week has flown by and we've been so busy in work. We also got paid a day early so I treated myself to a couple of online purchases which I'm sure I will share with you at some stage!
It's almost the weekend,
Have a good one!
Emma x
Posted by Emma at 9:31 PM 7 comments:

Sunlight Over Me No Matter What I Do

The weather on Saturday was so beautiful we decided to take advantage and snap some photos while we were in Carlow. We went down to a field beside the train tracks where we filmed Donnacha's second feature film Tracks almost 3 years ago now. We were both really happy with these photos, I love the colours! Hope you like them too! 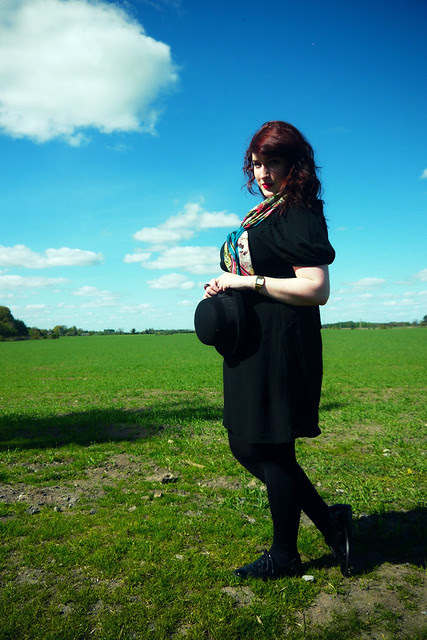 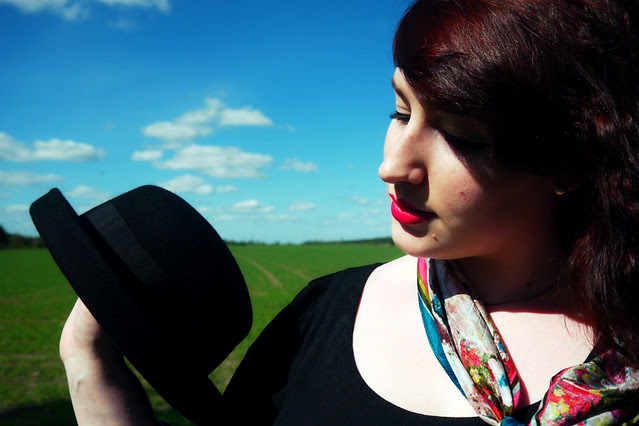 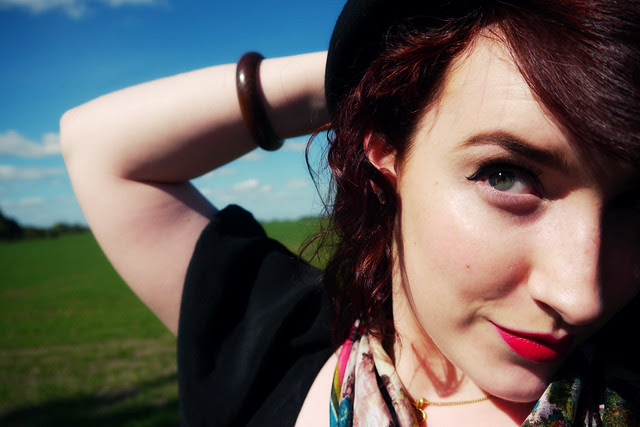 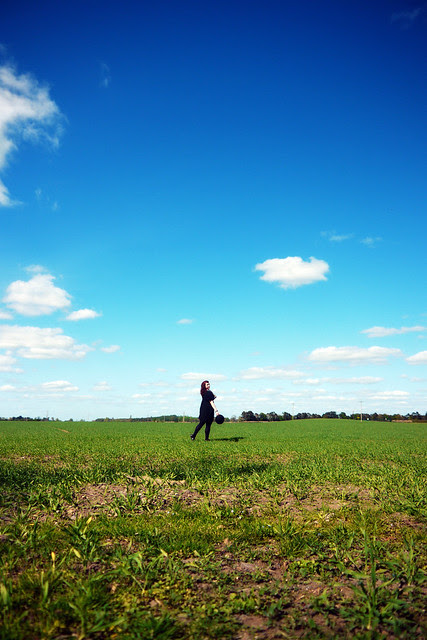 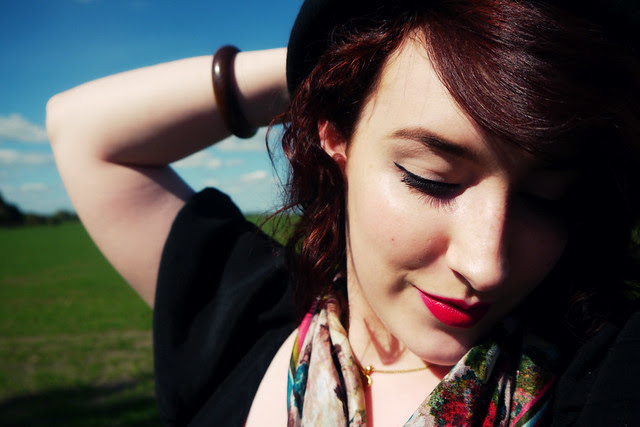 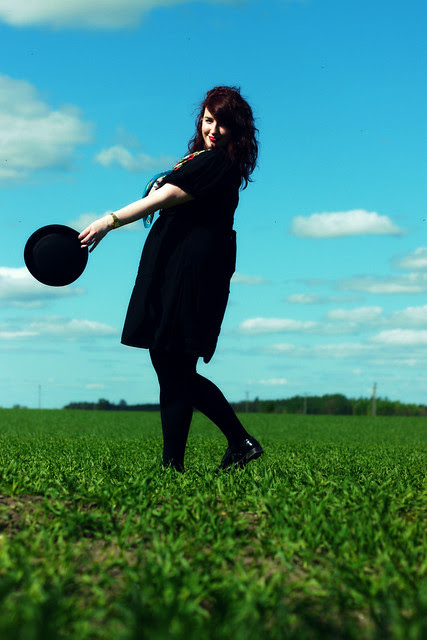 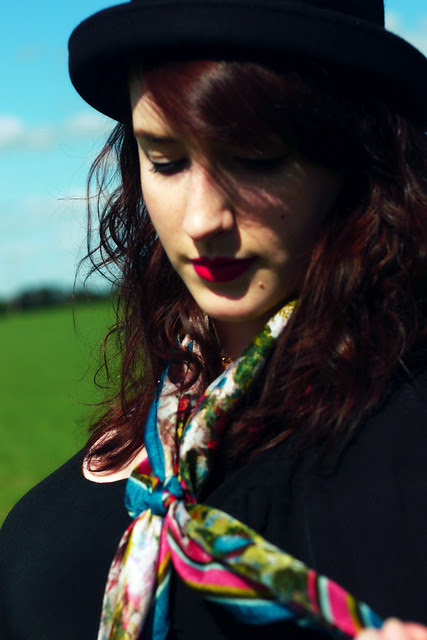 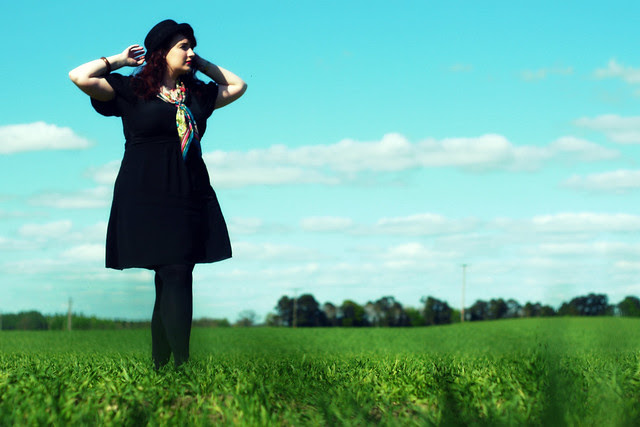 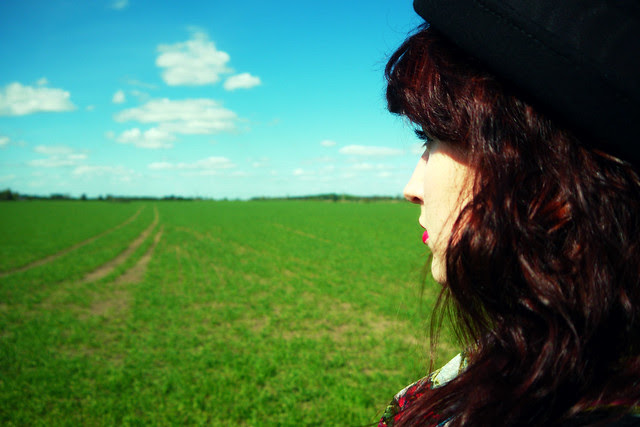 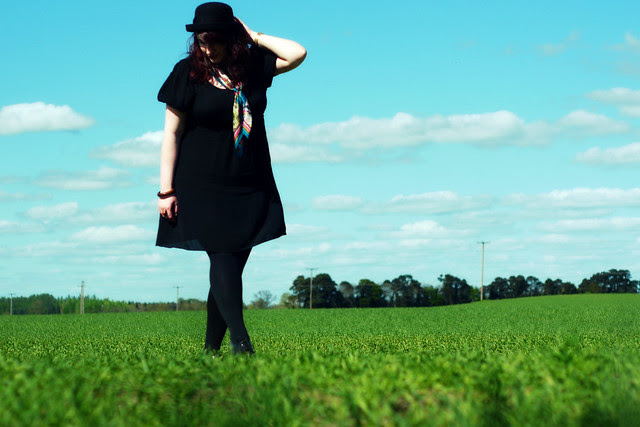 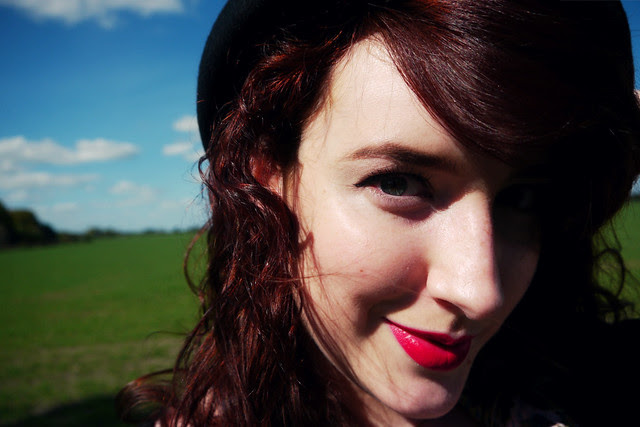 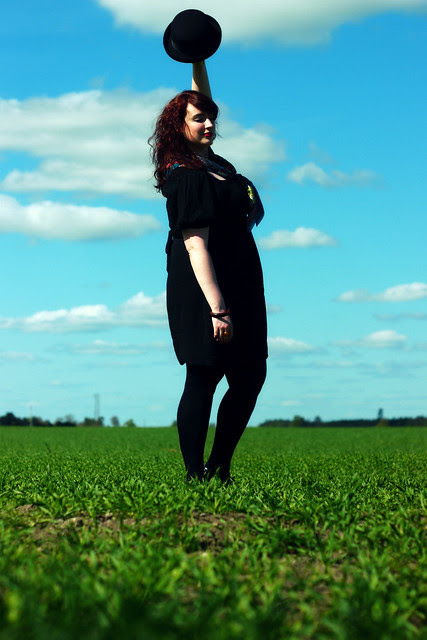 Hat- Shevlin Millinery Cow Lane Design Studio, Temple Bar, Dublin
Scarf, Bangle and Ring- Accessorize
Dress- Monsoon
Shoes- Marks and Spencers
Necklace- Brideblu on Etsy
Lipstick- Revlon, Cherries in the Snow
Please excuse the amount of photos, I loved so many of them I couldn't cut it down anymore. We had a lovely Easter weekend, Donnacha's mam cooked us all a yummy dinner on Sunday and we had a nice afternoon with his family.
I hope you all had a lovely Easter weekend, maybe some of you were lucky enough to have today off!
I'll leave you with one of my favourite songs from the new Fleet Foxes album Helplessness Blues;
and one more thing...

Last Sunday I went out to the Vintage Fair in Dun Laoghaire for the second time with Donnacha, my mam and my brother. The boys wandered around the pier in Dun Laoghaire while my mam and I explored the fair. I was lucky enough to win two complimentary passes in a competition on the Vintage Ireland Facebook page ( thank you once again), so I went along even though I couldn't really afford to buy anything (which I did anyway). We got there just in time for the best dressed competition in which a lot of beautifully dresses ladies won some lovely prizes (including a trip to the next Vintage Fair in Galway and vintage goodie bags). It made me definitely want to make more of an effort the next time I go, it's such a great excuse to just get super dressed up in all my vintage stuff and not get stared at (which I hate) or at least get stared at for a good reason.
Please excuse the angle of the photos, I couldn't really move from where I was, but you get the idea of most of the outfits! 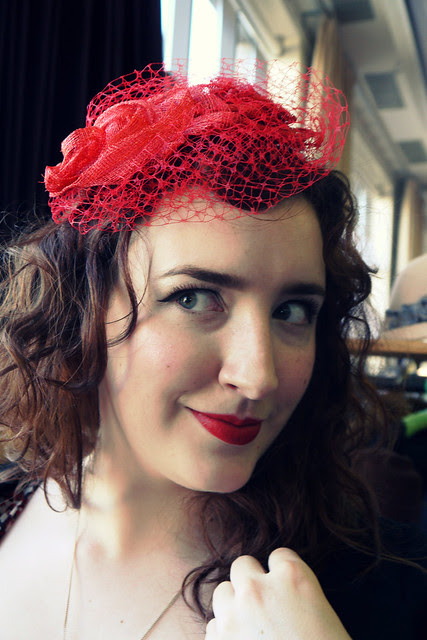 This girl won one of the best dressed prizes, I'm not sure what age she was but it's really great to see someone so young embracing vintage style!

This lady won a prize too

This lady won first prize, her outfit was a mixture of her mother's and grandmother's clothes and other vintage pieces, I thought the binoculars were a nice touch!

This outfit was definitely my favourite, it's just so colourful and the girl's hair and make-up were immaculate up close!

This lady's hair was amazing!

How awesome is this guy's outfit? He won best dressed male. The guys really made an effort too which was great to see

This was another favourite of mine, she had pearl bows on the back of the ankles of her tights!

The button's on this guys shirt were tiny guitars!

I fell in love with this Wedding dress! It's so beautiful! 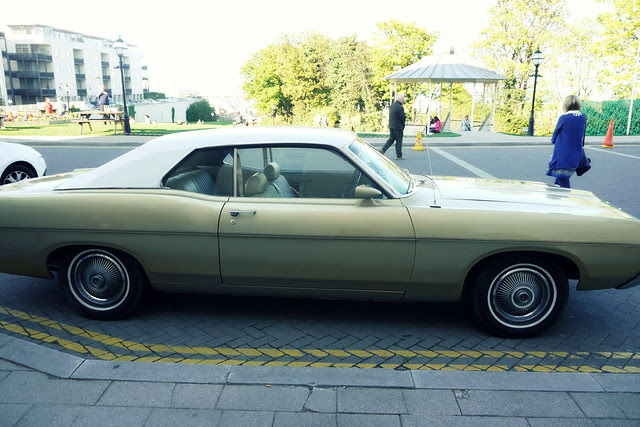 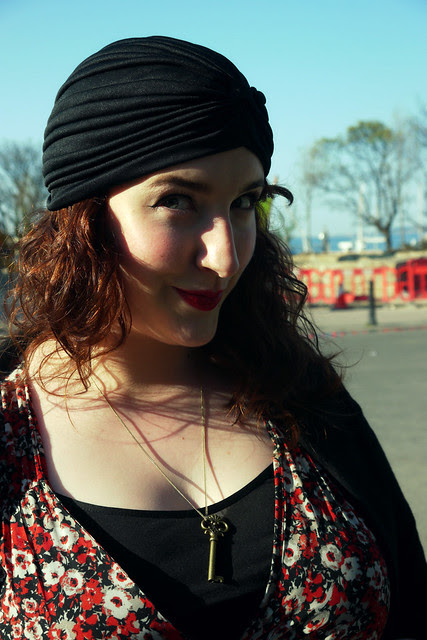 Finally, my only purchase of the day. I wanted to get one of these the last time and I didn't so I made sure to get one this time. I'm not sure how I'll wear it yet but I'm hoping to show it off properly soon!
Do you like my key necklace? It's made it with one of the keys I got from Creative Elements on Etsy.
So which outfit would you have picked as the winner? There were so many other impeccably dressed women and men there, but I think a lot of them were too shy to enter, that's probably an Irish thing, Irish people generally don't like standing out too much.
Hope you're having a great weekend! We're in Donnacha's parent's house for Easter. Enjoy your chocolate eggs! (if you take part in the tradition)
Emma x
Posted by Emma at 2:05 PM 5 comments: