But It Don't Snow Here It Stays Pretty Green

A belated Happy Christmas to you all!

I took a break away from things here over the holiday season to concentrate on getting up to date with editing and all of the ideas I have for the blog. I hadn't been enjoying it like I used to and to be perfectly honest it was becoming a chore and that is why I haven't been posting as much as I'd like to. This is supposed to be fun, it's a hobby and something I should enjoy doing and I think I'm finally getting back to feeling that way about it. I have my next seven or eight  posts planned out and I finally have somewhere I can film videos (including some lights of Donnacha's that I'm going to use when I want to film at night). I've also been organising everything with my new PC (I had been using a netbook for a few months there and it wasn't the best for blogging).

I had a wonderful December. In fact I think the last two months were the best of the year for me! I spent Christmas with Donnacha's family this year which was a huge step into adulthood for me. Christmas has always been one of my favourite times of the year (apart from the religious reasons) I just love spending quality time with my close and extended family. It was hard making the decision to be apart from my family especially my mother and my sister as Kate and I have had the most fun on Christmas and have our own little sisterly traditions. But I suppose everyone has to grow up (we can't all be Peter Pan) and I needed to start new traditions with Donnacha. I does mean that we'll be going to my family next year though!

I needn't have worried as I had a lot of fun in Carlow, I got to go out for drinks with our friends on Christmas eve and beforehand we had dinner in Donnachas brother's house where he and his brothers surprised his parents with an early Christmas present- a puppy! He is so cute! I'll show you some photos of him soon. They called him Buddy. It was interesting to experience different Christmas day traditions to the ones I've been used to growing up, but it was nice to get to know his family more and his brother's girlfriend who came over from Scotland.

We spent St. Stephen's Day/Boxing Day with my family and had a second Christmas dinner which no one was complaining about! I got some very generous presents which I will tell you about in my next post. I was really spoiled by everyone!

Here are some photos of my outfits over the two days. I wore my bridesmaids dress both days in two different ways. I wanted to make it a bit more casual and get some more wear out of it because I love it so much. Hope you like it! 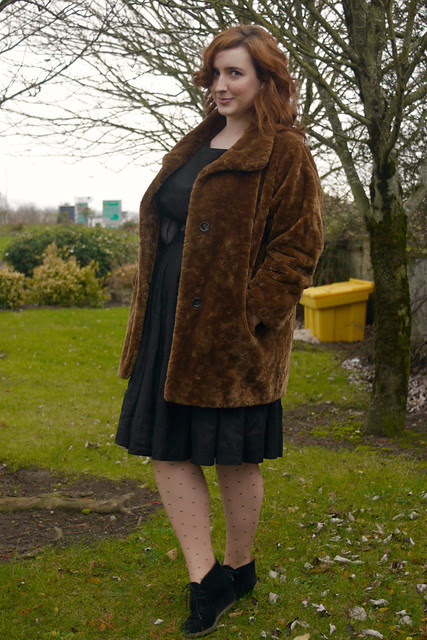 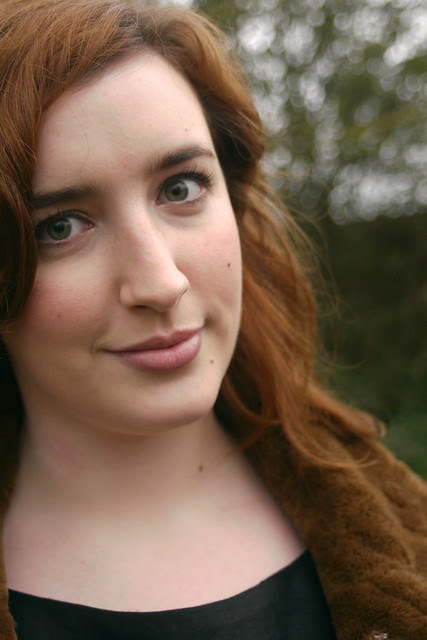 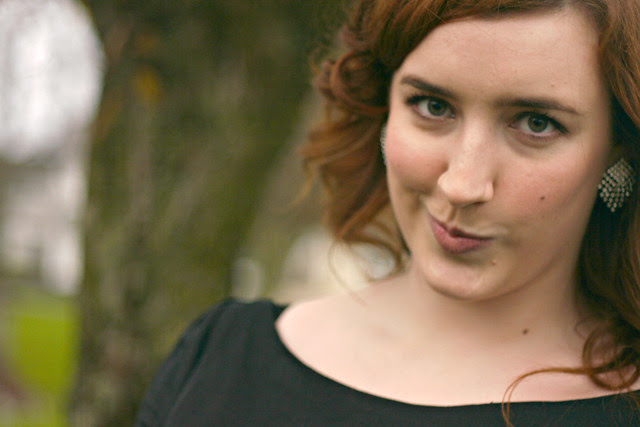 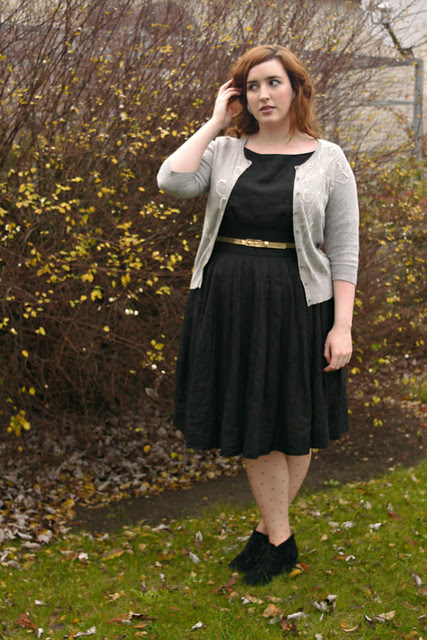 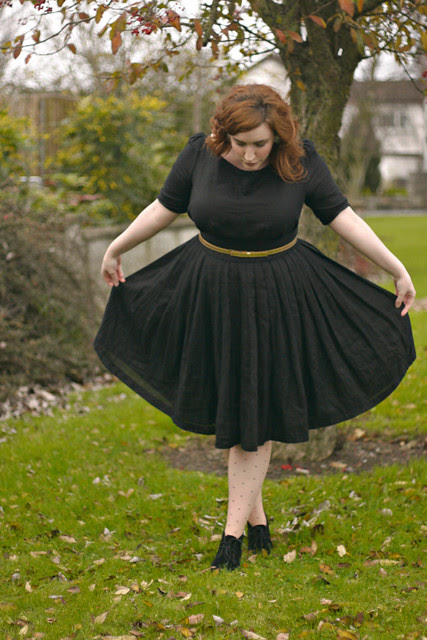 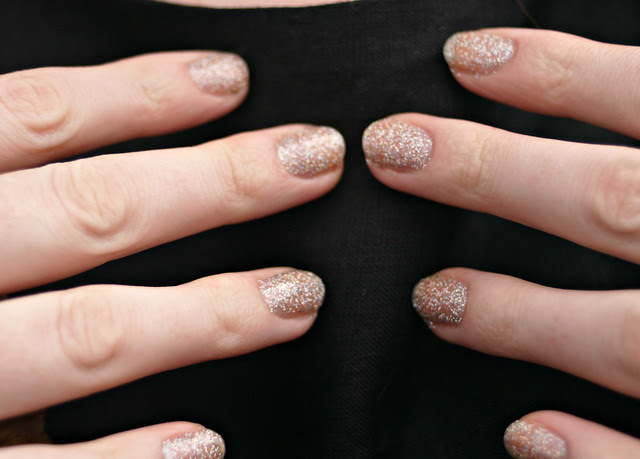 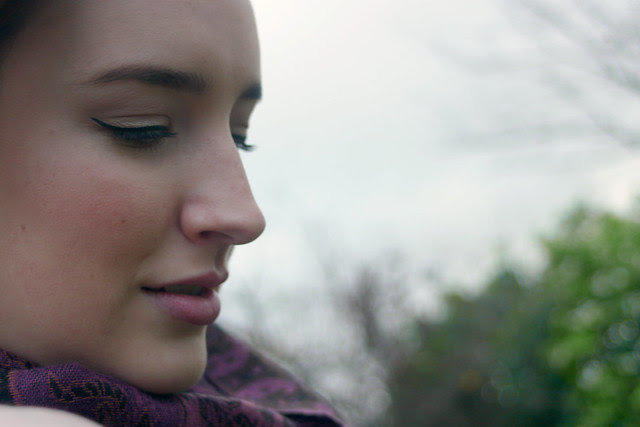 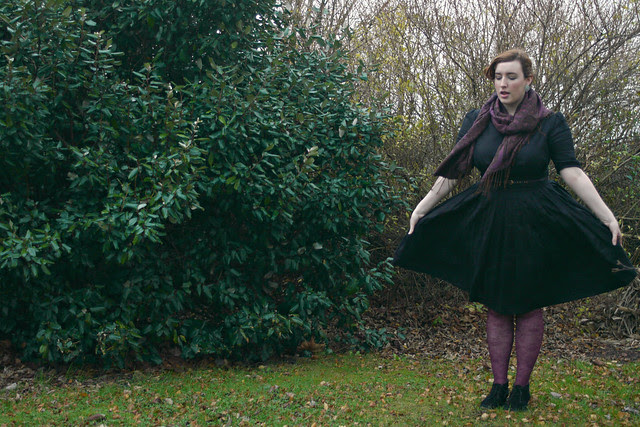 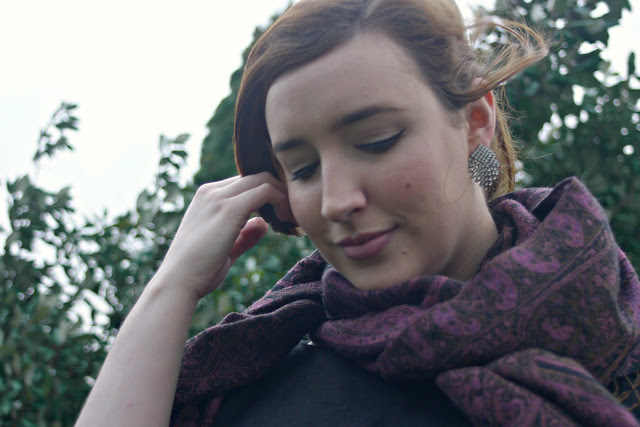 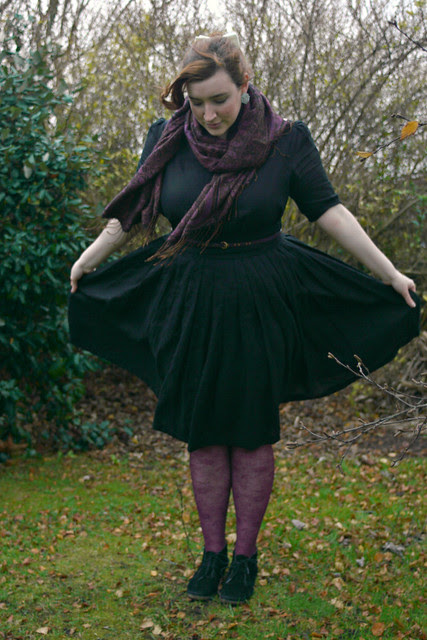 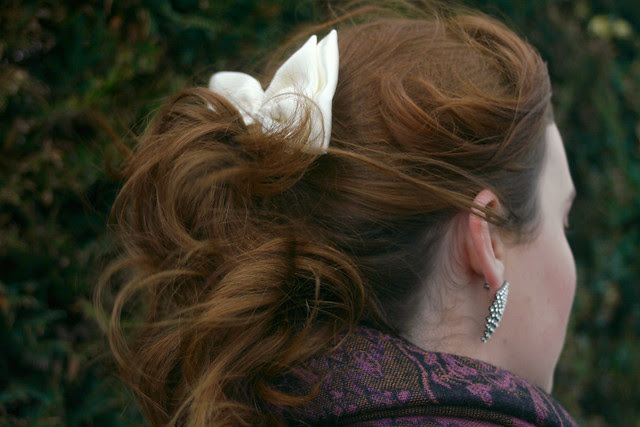 Dress- Dig For Victory via Etsy
Earrings and Purple Belt- Accessorize
Nail Polish- Model's Own 'Juicy Jules'
Lipstick- Revlon 'Pink Pout'
Tights- Penneys
Bow and Gold Belt- Dunnes
Scarf- Market in Florence 5 years ago
Cardigan- Monsoon
Coat- from Granny Grimes :)
Shoes- Clarks 'Desert Yarra'
The post title comes from the song last years Christmas post title came from, except this time it was to fit in with the fact that we've had a completely snowless December so far!
Emma x
Posted by Emma at 9:52 PM

Thank you for taking the time to leave a comment. I appreciate every single one!